What the North can teach the South about welcoming refugees 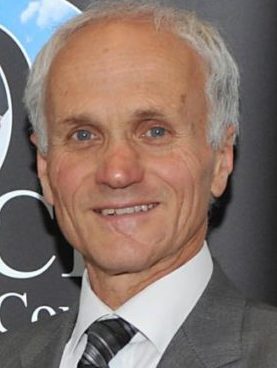 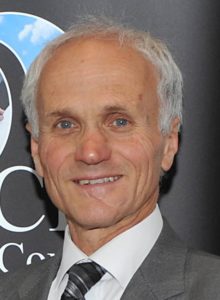 By Andy Pollak, retired founding director of the Centre for Cross Border Studies in July 2013 after 14 years. He is a former religious affairs correspondent, education correspondent, assistant news editor and Belfast reporter with the Irish Times

The Irish government seems to be finally and belatedly moving to make its small contribution to tackling the worst humanitarian crisis faced by Europe since the Second World War: the influx of millions of refugees from war-torn countries in the Middle East and Africa. 14 months ago – following the international outcry caused by the photo of a three-year-old Syrian boy who had drowned while crossing the Aegean with his family – it offered to accept up to 4,000 refugees by the end of 2017, with an emphasis on families and unaccompanied children, as part of a coordinated EU response to the crisis. Exactly a year later, at the end of September, it had taken in 300 of that number, of whom just one was an unaccompanied child. Department of Justice spokespersons blamed EU and Greek bureaucracies for the delays. I was one of those people who felt this was a convenient smokescreen for our political and civil service leaders’ shameful lack of interest in what many of us believe is simply the most important ethical/political issue of our generation.

I was at an excellent all-island conference earlier this month organised by a recently-formed network, Places of Sanctuary Ireland, which works to create “a culture of welcome and safety” for refugees, asylum seekers and other migrants. Speakers there outlined the refugee reception situation in Portlaoise, Waterford and Belfast. I was particularly struck by the contrasts between the way things are done on either side of the border.

The people in Portlaoise appear to have done a superb job in welcoming and beginning to integrate 54 Syrian refugees who arrived in the town last year. The 12-month contract for their resettlement was put out to tender and was won by Doras Luimni, a voluntary organisation with 15 years experience of working with asylum seekers in direct provision and other migrants in Limerick.

The Portlaoise story is one of significant success, largely due to the enthusiastic engagement of local people and community groups, and some difficulties, caused mainly by the systems put in place (or not put in place) by the Department of Justice. The former consists of a wide range of integration activities: drop-in clinic, cafe befriending, language and homework support, intercultural women’s work, job skills training, family advocacy, cultural events, and the local people and the newcomers celebrating key Muslim festivals together. Laois County Council and a committee of local statutory agencies were fully engaged, and once local people knew about the arrival of the Syrians, volunteers came forward in large numbers (“there are a lot of fantastic people in Portlaoise”, says one person involved with the project). There is now a Laois Integration Network – at the moment run entirely by volunteers, since the 12 month resettlement contract ended in June – and a 2017 work programme in place, and EU funding is being sought for a worker. The Syrians have their own local organisation, Saturday language school and mosque.

On the other hand, those running the 2015-2016 resettlement project had to start from scratch with no template or model of good practice to work from. Other places like Monaghan and Carrick on Shannon may have taken earlier groups of refugees, but in true ad hoc Irish fashion, each had followed their own individual path (there is also good practice in Waterford, where a determined religious brother, originally from Pakistan, has brought together the statutory agencies, the churches and other groups into a particularly effective local committee). There is also no national integration strategy in place – it has been out for consultation for the past two years. Some places like Limerick have their own local strategy, while other towns likely to receive refugees have nothing.
The Department of Justice, notoriously reluctant to involve NGOs in its programmes, gave out no advance information to community groups or interested individuals in Portlaoise, even though the local council had been informed for over a year about the refugees’ impending arrival. There was no pre-arrival consultation by the Department with the local community.

The pre-settlement reception and induction period in Ireland sees the refugees from Syria and other conflict zones spending up to 12 weeks – and occasionally as long as eight months – in the entirely unsuitable surroundings of direct provision centres for asylum seekers in Balseskin (near Dublin airport) and Mosney in County Meath.
In Northern Ireland, things have been done very differently – and much better. The numbers are smaller, of course, but not a lot smaller. 284 Syrian refugees from camps in Lebanon and Iraq have been received there in the past 12 months, as part of the 20,000 the British government has promised to accept during the life of the current parliament. Another group of up to 90 will arrive before Christmas.

The system in the North is far faster and more streamlined. The new arrivals spend five days in a well-equipped reception centre in Belfast (in normal times it is a community-run conference centre), where they undergo health screening, get their social benefits applications fast-tracked and learn about everything from their legal entitlements and duties to the cultural norms of their host society. They then are taken in charge by two NGOs – Barnardos and Extern, an all-island charity that works with everyone from young people at risk to homeless families – who provide key workers to accompany the refugees to their new homes in private rental accommodation (which has been vetted by the Northern Ireland Housing Executive) and give them a ‘housing starter pack’ of furniture, bedding and other household goods so they can start their new lives. These key workers also help them find schools and GPs, with English language classes, contacts with the local community and so on. Three groups have so far been settled in Belfast, Derry and the Newry/Armagh/Craigavon/Banbridge area. “Gold standard” is the description of this process by an NGO person involved in it.

The key to the success of the Northern system is threefold, says one person in the Belfast Law Centre who is part of the consortium of NGOs which works to receive and help integrate the refugees. Firstly there was political buy-in at the top of government, with Deputy First Minister Martin McGuinness making clear at the beginning of October 2015 that the Northern Ireland Executive wanted to play its full part in the process, and then being supported by First Minister Arlene Foster. Secondly, there were committed senior civil servants at the Department of Communities, which is in charge of the refugee programme – notably Deputy Secretary Ian Snowden – who made it clear they wanted it to work. Thirdly, the civil servants quickly brought on board a consortium of knowledgeable NGOs: Bryson Intercultural, part of the Bryson Group, Northern Ireland’s largest charity, which has been working with asylum seekers for many years; the Red Cross, Barnardos, Extern, Belfast Law Centre, Save the Children and the Refugee and Asylum Forum. There are still problems, of course: one is the extremely strict visa regulations which all but forbid refugees in Northern Ireland crossing the border into the South, even for a visit.

The Northern model seems clear enough: supportive government leaders, committed senior officials and the early involvement of expert NGOs. Do we have any of these factors in the South? Could I suggest a day trip to Belfast by relevant people in the Department of Justice’s Office for the Promotion of Migrant Integration to learn all about the not particularly difficult business – if the energies of ordinary citizens are harnessed – of providing a warm and effective welcome to small numbers of refugees. They could also do worse than come to a meeting of the City of Sanctuary Dublin group (dublin.cityofsanctuary.org), with which I am involved: the Red Cross and the Garda Racial Intercultural and Diversity Office have already recognised the value of this welcoming grass-roots organisation.