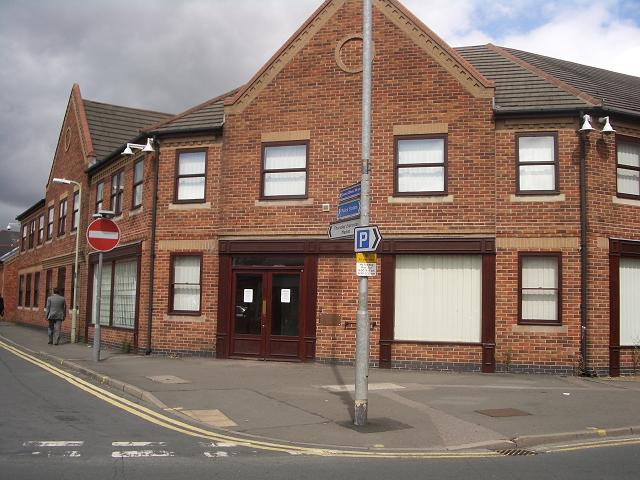 The arrival of an  unaccompanied minor and a distressed man setting himself alight – all in a day outside the East Midlands Reporting Centre in Loughborough.

An ordinary day entails working with a colleague, meeting and greeting visitors to the Home Office Border Agency Reporting Centre in Loughborough. The visitors are either asylum seekers or visitors to the UK who are experiencing difficulties with their visas. Most of them are facing stressful situations, have little or no money and are living in cold and cramped conditions. We offer them a friendly face, give them advice on where to seek help and support in their home city and offer a drink and meal.

Last Tuesday was no ordinary day. A young man from Iraq, who has been in UK for 15 years, arrived from Nottingham a day late for his appointment and was eventually allowed to report. Following his interview he emerged obviously frustrated and unhappy with the way he was being treated. We offered him food and tried to give him advice. He asked for a lighter, we didn’t have one. He said he had nowhere to stay and had slept on the street last night. He wanted us to call the BBC as he wanted to raise the profile of the way the government are ignoring the plight of asylum seekers

He then went back into the Centre and made a protest by lying down on his sleeping bag inside the reception area. He was moved and came outside and told us he was setting fire to himself. He took a lighter and lit the inside seam of his trousers. We told him not to do that, but he did, and so we intervened and prevented him from lighting his nylon sleeping bag and his trousers. About 10cm of his trouser leg was burnt but his sock appeared to keep the flames off his skin. I went into the centre and they rang the police. Within minutes we had police, 2 fire engines and a paramedic on the scene. He was treated and went off in the police car.

Whilst all this was coming to an end a young man suddenly appeared without any English and looking totally shell shocked. Luckily another visitor spoke Kurdish and we discovered that the lad had spent last night in a lorry and had just been dropped off 2 hours earlier and was 17yrs old. We rang Colleen, the Regional Officer of City of Sanctuary for advice and at about the same time a manager from the Home Office came out to see if we were OK after the fire incident. She told us that as he was regarded as a minor she would contact another department of the Border Agency who would arrange for him to be placed in the system for unaccompanied minors applying for asylum.

Whilst she was doing this we took him to John Storer House for a hot meal and a bag of food for the remainder of the day. He had nothing with him but an empty wallet and the clothes he was wearing (no coat) so we gave him a hat and some gloves. The only word he recognised was ‘the jungle’. We returned to the Reporting Centre who had arranged for the police to take him to Social Services for housing overnight before being transferred to the Border Agency site for minors. We do hope he made it safely and that the asylum process has started.

This day vividly showed the distress of fellow human beings and confirms the absolute need for organisations like the City of Sanctuary, Refugee Council, Red Cross and many other charitable organisations to continue their work whilst pressing the Government to not only fulfil their international obligations but do so in a more humane way.